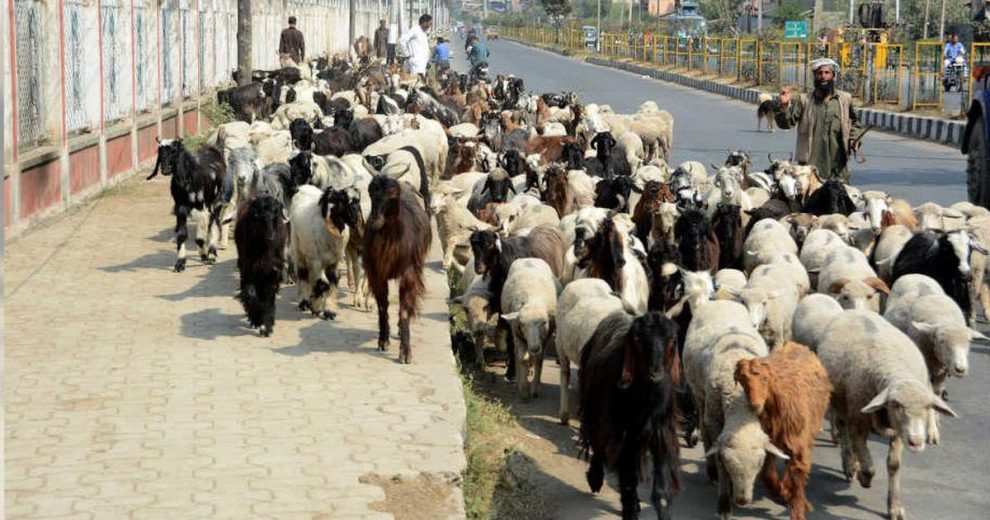 Will look into the matter: Director, FCS&CA

Srinagar, Feb 11: Though around 228 trucks of sheep have reached Kashmir in the past ten days, people are complaining of a shortage of mutton in the market.

A resident of Srinagar told that he requires a mutton soup for the patient, but the non-availability of meat in the market has rendered him helpless.

“Whenever there used to be a shortage of mutton in the market we used to buy chicken. But due to the bird flu scare, we are not even able to buy that also,” another resident said.

“When the so many trucks of sheep are entering Kashmir where is that supply going. The government should look into it, there are patients in the hospital who need mutton soup as a diet,” the locals said.

General Secretary Mutton Dealers Association Mehraj-U-Din while speaking to news agency said, the fresh rates of mutton decided by the Government were not in consensus with the mutton dealers.

“We had already submitted our proposal to the concerned departments for finalizing the rates of mutton,” he said.

On supply of 228 trucks of sheep reached the valley in the past ten days, Mehraj-U-Din said he has no information about it, “but the supply is coming very less.”

Talking about the current mutton shortage in the valley he said, “we cannot sell the mutton on the rates which Government has framed because of the high price in outside Mandis.”

“The current Bird Flu scare has added more demand in the mutton in other states of India which has increased the price of sheep in Mandis,” he said.

Meanwhile, an official told news agency— that from February 01 around 228 sheep laden trucks have entered the valley.

Director, FCS&CA, Kashmir Bashir Ahmad Khan while speaking on the current mutton crisis in the valley said that he will look into the matter

“Nobody has brought this into my notice. There can be a shortage. I will look into it and also coordinate with sheep husbandry department,” he said. “We are continuously monitoring the rates of mutton. We are framing and enforcing the rates and if there is any violation we act accordingly.”

Kashmir has been a prime consumer of mutton. People in the valley consume 51,000 tons of mutton worth Rs 25,00 crore every year for which the supply is imported from outside states of India.