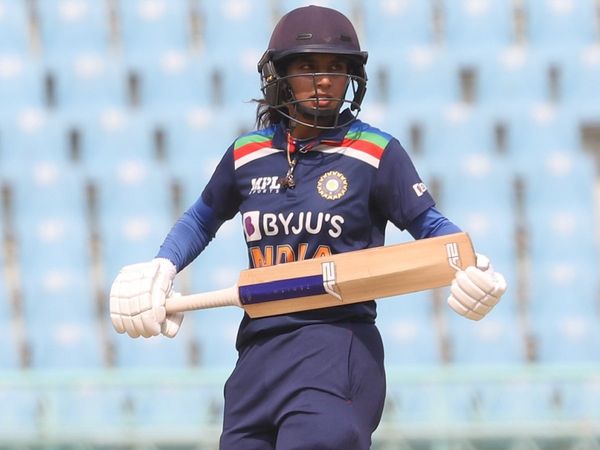 Mithali Raj is a name synonymous with Indian women’s cricket for over two decades now. One of the greatest ever to have represented the country at the highest level, Raj has been a flagbearer of women’s cricket and has contributed immensely to the team’s success over the years.

The Indian women’s team stalwart will add another feather to her illustrious cap on Sunday (June 27) when she leads the side out against England in the first ODI in Bristol.

Raj will become the first-ever female cricketer and second overall after the legendary Sachin Tendulkar to have completed 22 years in ODI cricket. She had made her ODI debut for India at the tender age of 16 against Ireland in June 1999 and has since been an indispensable part of the Indian women’s team across formats.

Only Tendulkar, who played ODI cricket for 22 years and 91 days has played more ODI cricket than Raj, who is currently 38 and has shown no signs of stopping anytime soon as she continues to strive towards her dream of lifting the World Cup for India once before calling time on what has been an extraordinary career in women’s cricket.

India’s greatest female batter of all time, Raj has achieved numerous accolades in her glorious career spanning over two decades. She had slammed an unbeaten 114 on her ODI debut at 16 and has never looked back since. She is currently the leading run-getter in women’s ODIs with 7098 runs in 214 matches and has also led India in 137 ODIs – most by any captain in women’s cricket.

She has been vital in changing the landscape of Indian women’s cricket over the past two decades and her legacy continues as she remains on her quest to make India world champions. World Cup crown is the only major feat that has eluded the ODI and Test captain of the Indian women’s team, who has achieved almost everything there is to be at the highest level.

Raj has undoubtedly been one of the greatest servants of Indian cricket and her relentless pursuit of success is a testament to her passion and dedication for the game. A once-in-a-generation superstar, she continues to inspire millions of girls across the country to follow in her footsteps and bring laurels to the nation.

She is just a few months short of surpassing the legendary Tendulkar’s record of 22 years and 91 days in ODI cricket to become the longest-serving player in the format.