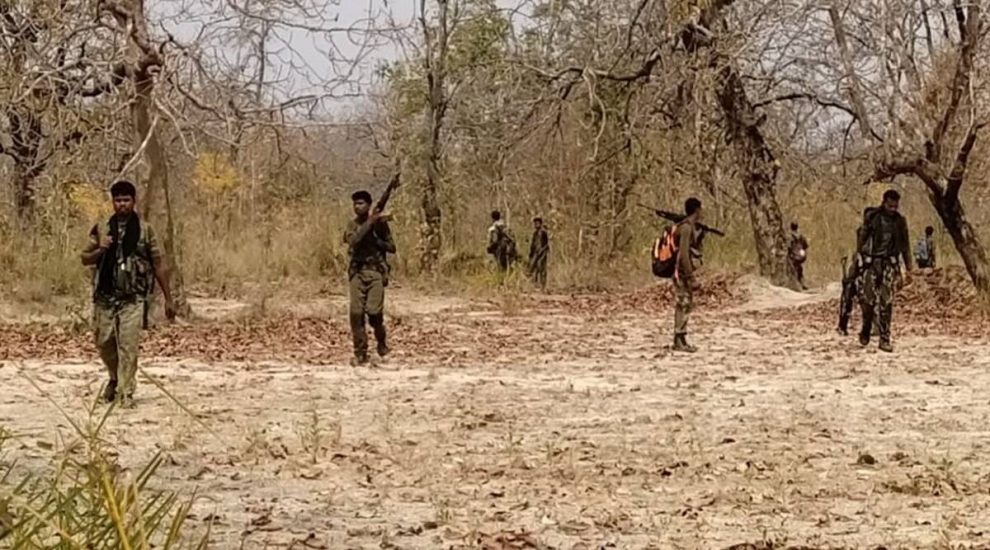 In Chhattisgarh, the number of security personnel martyred in the Maoist attack rose to 22 with the recovery of 20 more bodies from the Jagargunda area on the borders of Sukma-Bijapur districts today. One jawan is still missing. More than 25 security personnel were injured in the ambush,0 bodies of martyred personnel of CRPF and District Reserve Guards -DRG were recovered today during a search operation near the Tekulguda village. These bodies were found and retrieved after additional forces launched a search operation at the site of encounter in the forests of Tarrem close to the inter-district border of Sukma and Bijapur in Bastar division.

Earlier, bodies of two jawans were recovered last evening from the spot. The ambush took place yesterday when a large contingent of security forces was on an anti-Maoist operation following a specific intelligence input about the presence of a large number of Maoist cadres in the area. Maoists ambushed the Jawans leading to a fierce encounter that continued for several hours. Maoists also looted the arms and ammunitions from the deceased security personnel.

Police claimed that many Maoists were also killed in this encounter. Bodies of two Maoists, including a female rebel, were recovered from the spot. Union Home Minister Amit Shah spoke to Chief Minister Bhupesh Baghel about the situation and also directed CRPF Director General Kuldeep Singh to rush to encounter site to take stock of the situation.

President Ram Nath Kovind has expressed anguish at the killing of the security personnel while battling Maoist insurgency in Chhattisgarh. He extended condolences to the bereaved families saying the nation shares their pain and will never forget this sacrifice. Prime Minister Narendra Modi said his thoughts are with the families of those martyred while fighting Maoists in Chhattisgarh.

In a tweet, Prime Minister said the sacrifice of the brave martyrs will never be forgotten. He wished speedy recovery of those injured.Home Minister Amit Shah has paid tributes to the sacrifices of brave security personnel martyred while fighting Maoists in Chhattisgarh. In his message, Mr Shah said that the Nation will never forget the valour of our brave security personnel. He extended condolences to the families of the martyred and wished for speedy recovery of those injured. The Home Minister also asserted that the country will continue it’s fight against the enemies of peace & progress.