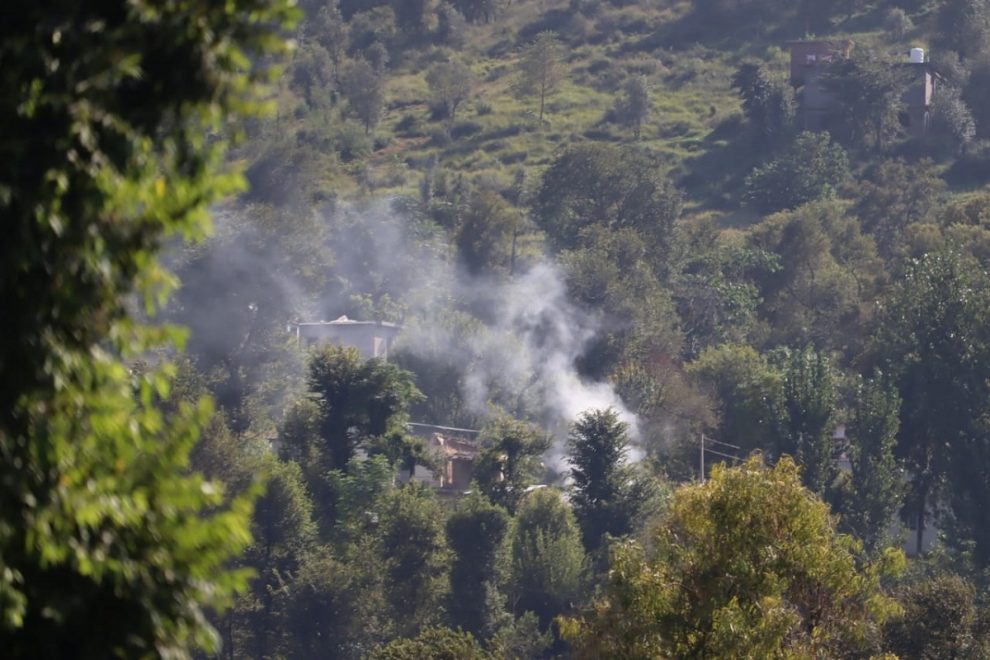 SRINAGAR: The Ministry of Home Affairs Tuesday informed the Lok Sabha that a total of 2041 kilometres of LoC and International Border has been covered with the fence.

The Minister of State in the Ministry of Home Affairs Nisith Pramanik was responding to the queries raised in the Lok Sabha on Tuesday including the total stretch in kilometres on the borders where fencing is to be erected with neighbouring countries and the details, the target that has been achieved and the border areas along Pakistan and Bangladesh where fencing has been completed and the details thereof.

In a written reply filed to the parliament, the MoS Home said that the fencing is being erected on the Indo-Pakistan border, Indo-Bangladesh border and Indo-Myanmar border. “So far 5187 Km length of the International border has been covered by a fence”, the reply reads.

It reads that the total of 2041 kilometres of the Border of Indo-Pakistan has been covered by a fence.

It further reads that the unfenced area includes non-feasible stretches where fencing could not be constructed due to riverine and marshy land. “These stretches are being covered through technological solutions. Fencing along remaining feasible stretches has been hampered due to firing/objections from the counterpart country, difficult terrain, short working season, land acquisition problem, public protests and Covid-19 situation etc. Government has been persistent in its efforts to remove obstacles and ensure timely completion”, the reply filed by MoS Home reads.

“To check fake Indian currency and animal trafficking, the Government has adopted a multi-pronged approach which inter-alia includes round the clock surveillance and patrolling on the borders and establishment of observation posts”, the reply reads. “Increase in the number of BSF personnel. Construction of border fencing & floodlighting. Use of water crafts/boats and floating Border Out Posts (BOP) for domination of riverine areas.”