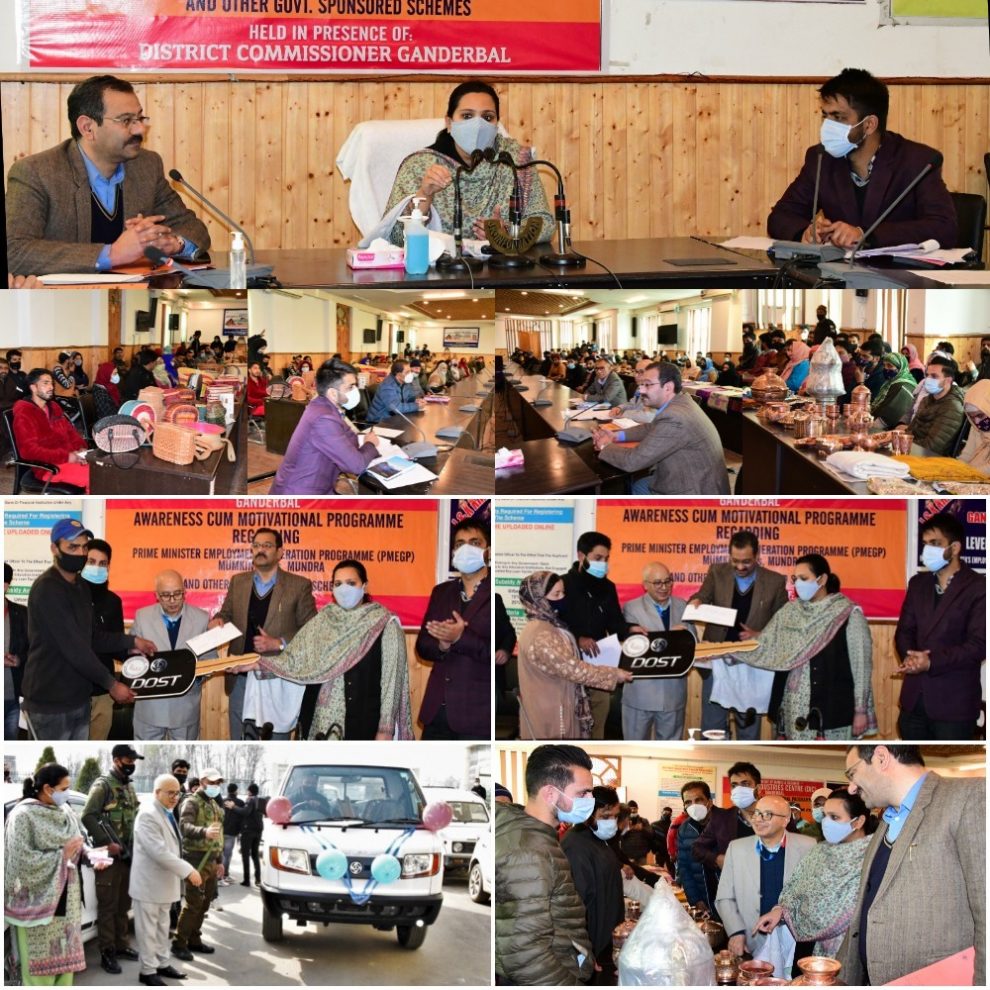 On the occasion, the District Officers presented a comparison of the achievements of previous and current financial years under different Government-sponsored schemes in the district.

Similarly, under the MUDRA scheme an amount of Rs 215.78 crore is disbursed among 10658 beneficiaries in the current fiscal. Besides under the MUMKIN scheme 51 vehicles are delivered costing an amount of Rs 50.32 lakh as subsidy and Rs 455.81 lakh as loan component.

AD Handicrafts/Handloom informed that the department has disbursed an amount of Rs 308.2 lakh among 245 beneficiaries under various financial assistance schemes available with the department in the year 2021-22.

Krittika Jyotsna reiterated that the District Administration is committed to provide livelihood opportunities to all the eligible unemployed beneficiaries especially unemployed youth of the district thus making the district Atma Nirbhar. She further stressed the need for improvement in the next financial year.

Lauding the efforts of the line departments, Jyotsna directed all the District Officers to continue the efforts so that a large faction of the district including unemployed rural population is benefitted thereby developing the standard of living for the people living in far flung areas of the district.

After delivering the keynote address, the DC also handed over the sanction letters/cheques/ Keys of commercial vehicles among the beneficiaries that were sponsored by the Departments under various Government sponsored flagship schemes in the district.

The awareness camp was aimed at encouraging the youth and people from all sections of the society to take part and make them aware about the incentives/subsidies that are available through various Government sponsored flagship schemes.

The participants appreciated the efforts of the District Administration and gave positive feedback.