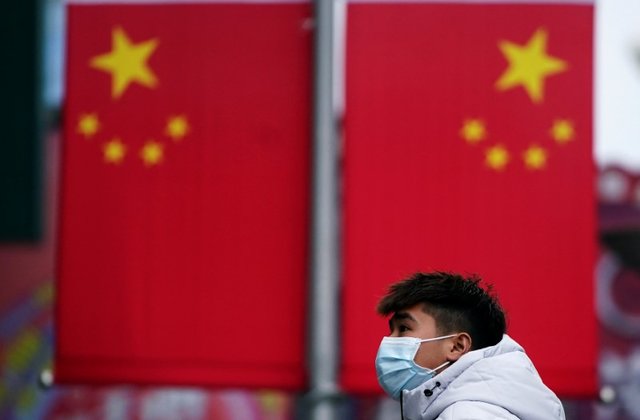 How does one begin an epitaph of the year gone by? Uncork the champagne and roll out the drums? By welcoming 2021 on the wings of new hopes, dreams and promises? Or twelve months of steady downhill with no barrier to stop the slide?  Clearly, 2020 will go down in history as a tumultuous year. Yet, hope smiles from the threshold of the year gone by, whispering, it will be happier. Will it?

We live in unprecedented times as people globally try to make sense of how Covid 19 has shut down and changed the world like no other. It has held humankind hostage in its vicious tentacles, made us realize how frail we are, need to change our lifestyles and habits when faced with stark and brutal statistics: Those dead from this pandemic is creeping towards the two million mark and has nations fighting the crisis on a war footing.

Certainly, progress has been made in record time by scientists developing new effective vaccines against Covid 19 and today people in developed countries are being inoculated even as the virus constantly mutates resulting in more infections and deaths. A race against time, on who emerges victorious as countries work overtime to stop the spread by rolling out more vaccines.

Culminating in a caravan of thousands of tractors, trucks and trolleys of farmers digging-in ready to survive the chill of winter out in the open encircling the Union Capital for over three weeks till the Government repeals the three contentious farm laws. Both operating across a wide chasm of belief and trust. The protesting farmers are apprehensive that they will no longer get paid the Minimum Support Price, Government will scrap mandis, commission agents will not get their commission thereby leaving them at the mercy of big corporates and States tax.

Victorious warriors win first and then go to war, while defeated warriors go to war first and then seek to win said Sun Tzu in The Art of War. In the more than three-week-old one-upmanship grudge match between the Government and farmers the moment to call a truce and explore the possibility of a mutually agreed package of reforms has arrived as neither side stands to gain from a prolonged and highly disruptive siege of the Union Capital.

True, farmers may have genuine grouses and till date the Government has shown good faith by holding six rounds of talks with 40 farmer union leaders totaling 20 hours of negotiations offering many amendments. Prime Minister Modi has again taken the initiative and asked farmers to come for talks as the Government is firm in wanting to find a “logical solution”. In a democracy, laws may be flawed as the Government is not God but to continue an andolan is not the way to make the Government see reason. The ball was now in the farmers’ court.

Alas, the pandemic exposed India’s economic distress. It posted its steepest ever economic growth slump to register a sharp quarterly growth slump of 15-25%, just years after it earned the tag of the fastest-growing economy in the world. Even if pent-up demand leads to a recovery after the pandemic eases, deep structural issues like high public debt are expected to constrain India’s GDP growth for years to come.

The country is in the throes of a economic divide, bottomless potholes and subterranean fissures in the rotting fabric of our cities, the Central and State Governments’ apathy and incompetence towards its 80% workforce. Millions have lost their jobs, many small and medium-sized companies went bankrupt add to this hunger, desolation and depression, the perfect recipe for disaster.

Alongside, there is “huge levels of deprivation” and endemic food shortages from over half a dozen States. Malnourished children in tatters begging for a few morsels and starvation deaths are heart-wrenching sight across the country. Ironically, while FCI’s granaries are brimming with surplus grain roadblocks underscore a dismal lack of coordination between the Centre and States to speedily transport food to those in dire need. If things are not resolved soon, food riots could  become a reality. The enforced incarceration has intensified levels of anxiety, frustration, and aggression all round.

Worse is the situation on the country’s borders. The brutal assault in Galwan Valley, Pangong Tso Lake, Trig Heights, Burtse and Doletango area by China in June has increased unease as India faces its biggest confrontation between the two militaries after their 1967 clashes in Nathu La. It has brought India and China to the brink of a shooting war. Predictably, both accuse each other of violations, yet so far avoided situations that could lead to an armed conflict.

Clearly, even as Beijing wants to create a ‘new normal’ New Delhi’s new assertiveness and tough responses to Chinese provocations will need maturity and restraint to ensure that it remains in control of the Indo-China script. Certainly, the muscle-flexing will continue till trust is built. In the long-term India-China relations will be determined by India’s strategic goals and objectives vis-à-vis the evolving regional and global security environment.

When it comes to women safety nothing seems to have changed. From the 16 December 2012 Nirbhaya gang-rape case which ‘shocked the conscience of the nation’ and took eight long years for the culprits to pay for their crime to the Hathras case where a 19 year old Dalit teen was gang raped by four upper caste men, stripped and strangulated, her spinal cord damaged paralyzing her and tongue cut resulting in death 29 September nothing seems to have changed.

According to the National Crimes Records Bureau, 39,000 sexual assaults occur every year, five rapes occur every minute and one woman is killed every hour. In a UN survey India ranked 85 out of 121 countries unsafe for women. Shockingly, 6.26 rapes take place for every 10,000 women. A time to ponder and introspect — Balatkar  akhir kab tak?

India is once again caught up in a battle royale between the Gods, in a new age avatar: Love Jihad (LJ), a convenient political tool and de rigueur fallaciously wrapped in development that helped bring the BJP to power at the Centre and several States and get it Hindu votes.Whereby, ishq-mohabat-shaadi cutting across caste and religious boundaries inter-meshed with forced conversions churned the political cauldron resulting in an unholy clash between the ‘holier than thou’ with five Saffron States: UP, MP, Haryana, Karnataka and Assam enacting strict law against ‘LJ’.

As the world enters 2021 with the pandemic still raging the years of innocence are now irrevocably dead. Covid 19 has exacerbated a number of challenges which have been building over the decade. The turbulence of 2020 underscores the transition from adolescence to adulthood. Whereby, the principles of ‘Jus Ad Bellum’: right authority, right intention and reasonable hope dictate our responses. When and how it will end nobody knows with everyone scared of even fathoming. Of course, our lives will never be the same again but we need to focus on what we are going to do to make the new normal a good one. It’s not going to be easy but we have no choice. Perhaps the existing global order will be able to manage its challenges. Time to get back to basics and reignite the magic of simplicity and minimalism, become more humane and see the world through new lens of hope.