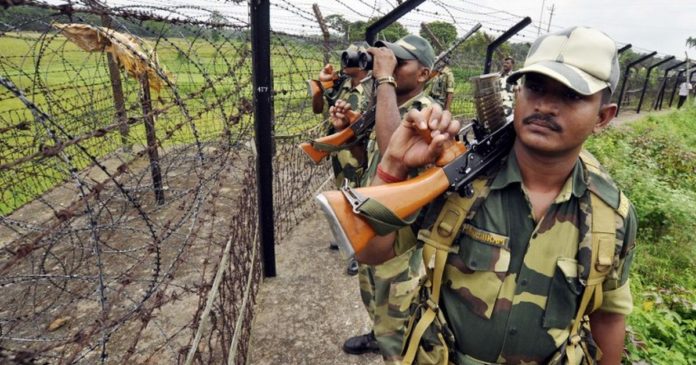 Srinagar, Dec 28: For Jammu and Kashmir, 2019 was a year of massive changes with defining firsts and lasts and unprecedented curbs.

The move was in accordance with the Centre’s August 5 announcement withdrawing the state’s special status under Article 370 and bifurcating the state into union territories.

The erstwhile state also saw its worst-ever terror attack on February 14. Forty CRPF personnel were killed when a Jaish-e-Mohammed suicide bomber rammed a vehicle carrying over 100 kg of explosives into their bus in Pulwama.

The Pulwama incident led to widespread outrage and the Centre vowed to avenge the deaths. On February 26, IAF jets carried out an attack on a Jaish-e-Mohammad training camp at Balakot in Pakistan. It was the first time India carried out any attack inside Pakistani territory since 1971.

Wing Commander Abhinandan Varthaman, flying a vintage MiG 21 Bison, shot down a much superior F-16 of the Pakistan Air Force before he was brought down and captured by Pakistan army. He was, however, handed back to India two days later.

While there was jubilation across the country over the upper hand gained in the aerial dogfight, IAF lost six officers who were travelling in a helicopter on February 27 when it was brought down by their own colleagues in a case of mistaken identity. The chopper crashed outside a village in Budgam district, resulting in the death of a young civilian as well.

The Centre’s August 5 move to abrogate provisions of Article 370 was unprecedented and aimed at ending the decades-old separatist movement.

To ensure there was no violence, particularly in Kashmir, over the decision, the Centre implemented stringent curbs on people’s movement and communication systems.

Just ahead of Home Minister Amit Shah’s landmark announcement in Rajya Sabha, Jammu and Kashmir, except Leh, was turned into a garrison with security forces and police deployed in every nook and corner with the army also assisting in securing the Srinagar-Jammu national highway.

Farooq Abdullah, a three-time chief minister, was later booked under Public Safety Act — a law that was enacted by his father Sheikh Mohammad Abdullah in 1978 to deal with timber smugglers but used by subsequent governments to put down militancy and separatist movement after 1990.

It was after a gap of more than 60 years that a serving or former head of the government of Jammu and Kashmir was arrested by the authorities.

Sheikh Mohammad Abdullah, the National Conference founder, was arrested in 1953 when he was the prime minister of Jammu and Kashmir — a post downgraded to chief minister in 1965.

Given the high rhetoric dished out by both mainstream and separatists leaders about any tinkering with the erstwhile state’s special status, violence was expected to erupt in the valley and some parts across the Pir Panjal mountain range in Jammu region.

The government imposed curfew and strictly implemented it, snapped all means of communication including internet services, suspended the cable TV services and shut down all educational institutions.

There were hundreds of incidents of stone pelting in the wake of the Centre’s move but strict implementation of curfew meant that large gatherings were avoided and security forces had to deal with protests which were largely localised.

While the Centre maintained a veil of secrecy around its intentions, the state government headed by Governor Satya Pal Malik cancelled the Amarnath Yatra midway and issued an advisory for all non locals — tourists, labourers, etc — to leave the valley as soon as possible, sparking off panic among the local residents who feared for the worst.

The government’s apprehensions of widespread violence were not unfounded as Kashmir had witnessed four summer agitations between 2008 and 2016 due to varied reasons that left nearly 300 people dead.

However, the people of Kashmir this time opted for a largely non-violent and silent protest.

While the government lifted curfew from almost the entire valley within 15 days of the decision to revoke special status of Jammu and Kashmir, the shutdown in Kashmir longed nearly 120 days.

Schools and educational institutions remained closed for this period but examinations were held according to schedule.

The year recorded many firsts and lasts. Satya Pal Malik became the last Governor of Jammu and Kashmir state.

With the repeal of Article 370, more than 100 central laws were directly applied to Jammu and Kashmir for the first time and most of the parallel laws enacted by the state assembly were repealed.

Several commissions set up under the laws enacted by the state legislature including SHRC were wound up after the notification for creation of Jammu and Kashmir union territory came into effect.

With some restrictions still in place in the Valley like curbs on mobile internet, National Conference’s Lok Sabha member Hasnain Masoodi questioned the Centre’s position that Article 370 was removed to realise the goal of “one nation, one Constitution”.

“The Northeast is getting assurance daily that the identity and culture of its people will be protected and inner line permit will be respected. This belies the narrative which was marketed that there will be one nation, one law and one Constitution after the revocation of special status of Jammu and Kashmir and abrogation of Article 370,” Masoodi told PTI.

He claimed that the Centre’s appeals for peaceful protests and voicing dissent through peaceful manner against the amended citizenship law mean that violence is necessary to get the disapproval and dissent registered in the country.

While most PDP leaders are detained, Mehbooba Mufti’s daughter Iltija Mufti is operating her mother’s Twitter account to criticise the government.

Commenting on Prime Minister Narendra Modi expressing concern over the violence in the aftermath of the passage of the citizenship law, Iltija wrote, “If debate and discussion are essential to democracy then why deprive people of J&K of the same rights? For us Kashmiris, its only been division, draconian laws and detentions.”