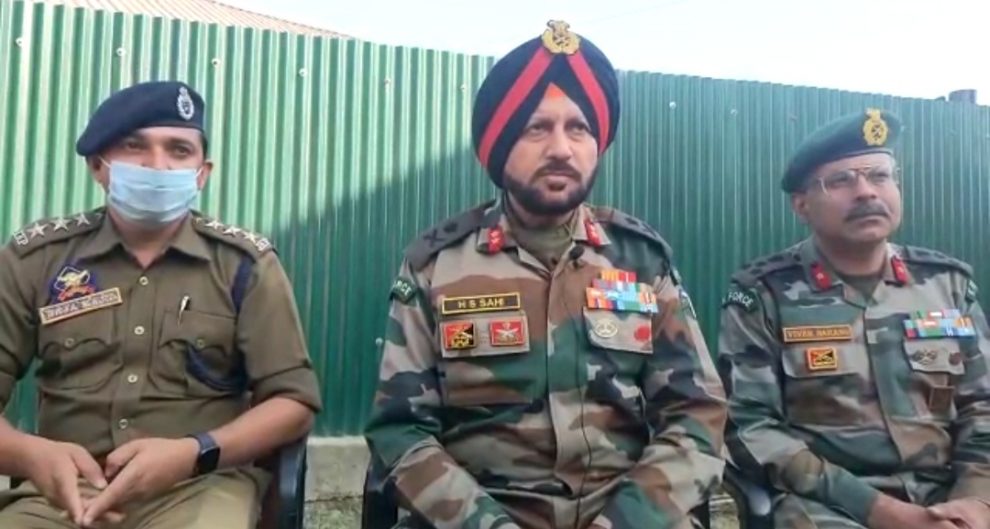 Talking to reporters on the sidelines of the final football match at SK Stadium Bandipora, General officer Commanding (GoC) Kilo Force Major General H S Sahi said that there are 200 militants active in J&K of which 60 are active in the northern district of the Valley.

“There are 50 to 60 militants active in northern districts of Kashmir of which 40 to 45 are foreigners. The best thing is that militants aren’t able to carry out any activity since July this year and we will not allow them to do so,” the GoC Kilo Force told reporters as per news agency—Kashmir News Observer (KNO). “We will not allow the militant to disrupt the peaceful atmosphere prevailing in north Kashmir.”

The GoC Kilo Force said that after successful operations against the militants in June and July this year, militants in north Kashmir are facing a leadership crisis as all their “leaders were killed.”

Replying to a query that if the situation was so peaceful in north Kashmir, why 4-G internet is not being resorted in Bandipora, he said: “These recommendations are made at the highest level. Situation is being watched closely.”

On whether there was any concrete policy for the militants who return after quitting militancy or for those who surrender in live encounters, he said: “First surrender policy was framed in 1997 and the same was amended in 2004 and in 2010 another policy was framed for the youth who wanted to return from LoC. At present, a new policy is under the consideration of the government and is being fine-tuned.”

About the security arrangements for the upcoming District Development Council (DDC) polls, the army officer said that elaborate security measures will be taken to ensure peaceful polls. “All the security agencies are working in close coordination,” he said as per KNO.

Replying to a query regarding infiltration, GoC Kilo Force said that two days ago, a major infiltration bid was foiled along the LoC in Machil, Kupwara, in which three militants were killed. “Reports of possible infiltration keep on coming. There are 250 to 300 militants at the launch pads, who may try to sneak in. But our anti-militancy grid is strong both at the LoC and the hinterland. All infiltration bids will be foiled,” he said.

About today’s final football match, he said the army has been organizing sports related events since August this year in north Kashmir and today a final match was played between Bandipora and Sopore in which Sopore emerged victorious. “There is a lot of enthusiasm among the youth and they are very much interested in sports activities,” he said—(KNO)