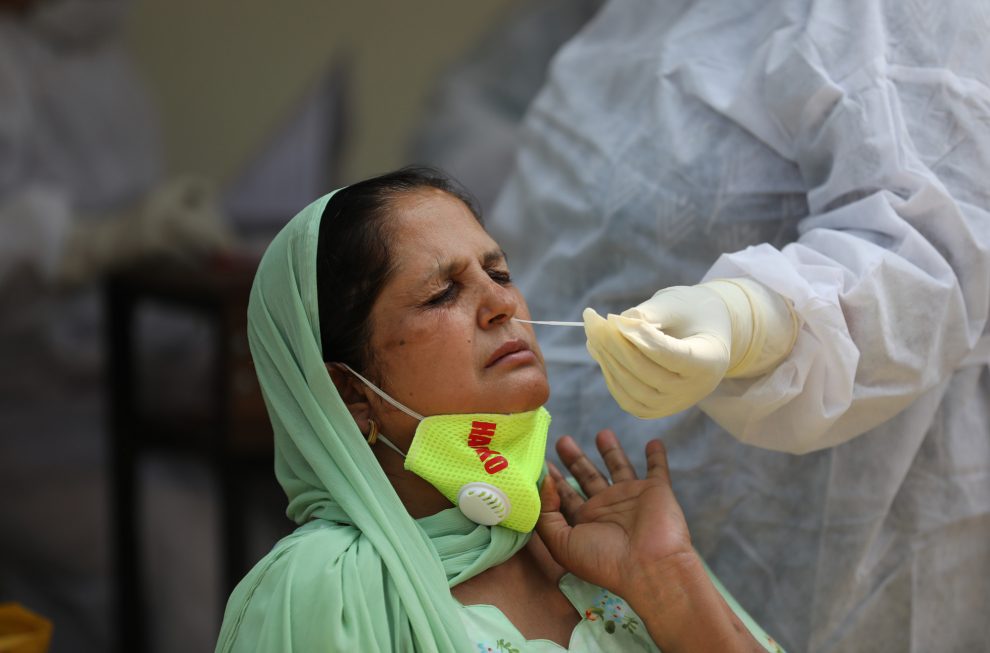 94% population of above 45 age group vaccinated in South Kashmir

SRINAGAR:  Of around 2000 positive cases active in Kashmir valley, around 400 cases are active in four districts of South Kashmir namely Anantnag, Pulwama, Shopian and Kulgam.

As per the data available, just nine cases are active in the Shopian district, followed by 13 cases in Kathua.

In Pulwama district, so far 14,975 positive cases have been reported among them 14,619 persons have recovered while as 192 persons have died and 164 cases are active.

Data reveals that 100 percent population above 45 have been vaccinated in Shopian district, 94 percent in Anantnag, 96 percent in Kulgam, and 86 percent in Pulwama district.

On average, around 94 percent people above 45 years of age have been in four districts of South Kashmir while as in aggregate form around 90 percent of the population has been vaccinated in J&K—(KNO)