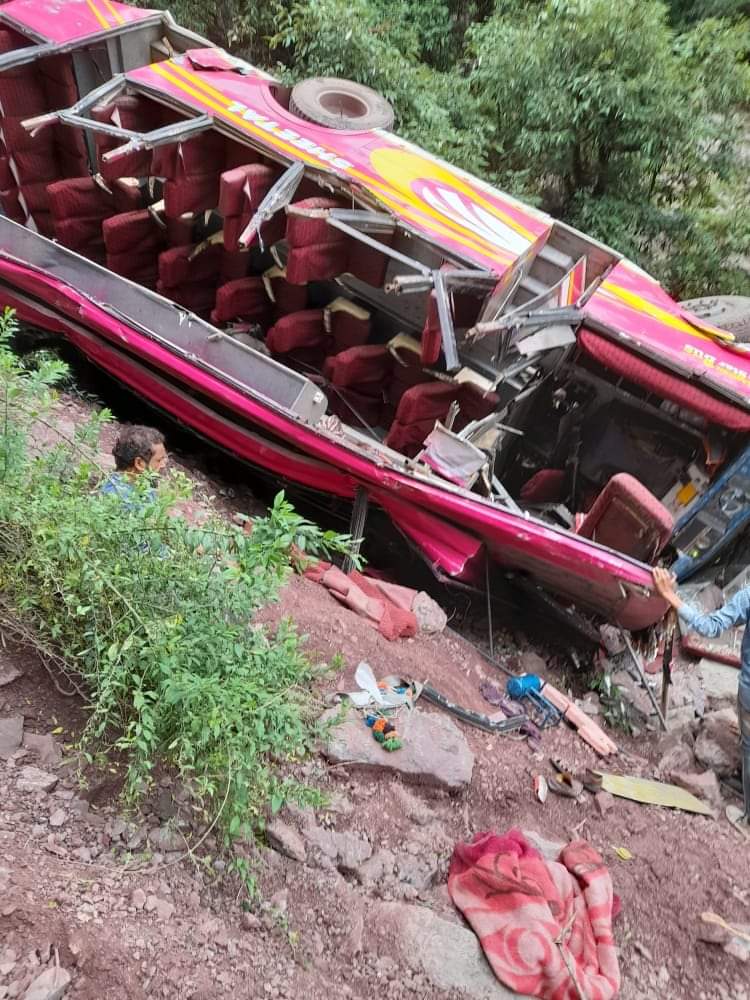 UDHAMPUR: Two persons are said to have died and forty-five others injured, seven of them critically, in a road mishap at Majouri of Ramnagar area in Udhampur district.

An official told that a large-scale rescue operation was launched by police, officials from civil administration and locals at the site to reach out the people boarding the ill-fated bus. “Forty-seven persons were rescued and taken to SDH Ramnagar for immediate medical attention”, they said, adding however, two of them were declared as brought dead on arrival.

“Among the forty-five injured persons, seven were taken to DH Udhampur and the rest are undergoing treatment at SDH Ramnagar”, they further said.

SSP Ramnagar Pushminder Singh, who led a police party to the site has also confirmed the death of two persons in the accident. “We still are at the site to rule out chances of any person(s) being left unattended”, the official said.

Earlier, officials said that a bus carrying a marriage party met with an accident in Majouri of Ramnagar area in Udhampur district. Lieutenant Governor, Manoj Sinha has expressed deep pain over the loss of lives in the accident.

“Extremely pained by the loss of lives due to a tragic road accident in Ramnagar, Udhampur. My deepest condolences to the bereaved families and prayers for speedy recovery of injured. Directed district administration to ensure best possible treatment to the injured,” Office of LG tweeted. (GNS)