Election Commission has said, polling in both states conducted peacefully and successfully.

The first phase of Assembly Elections in the states conducted successfully across 21, 825 Polling Stations spread over 77 Assembly Constituencies today.

The Poll Body said, all the Polling Stations were directed to follow COVID-19 Safety protocols.

Proper arrangements for social distancing were put in place. Nodal Health Officers were designated for State, district and Assembly Constituencies to oversee COVID-19 related arrangements and preventive measures during the entire electoral process.

Today a total number of 167 cases of Model Code of Conduct violations were reported through the cVIGIL app from West Bengal out of which 111 were disposed as of 4.30 pm. 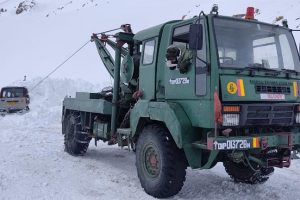