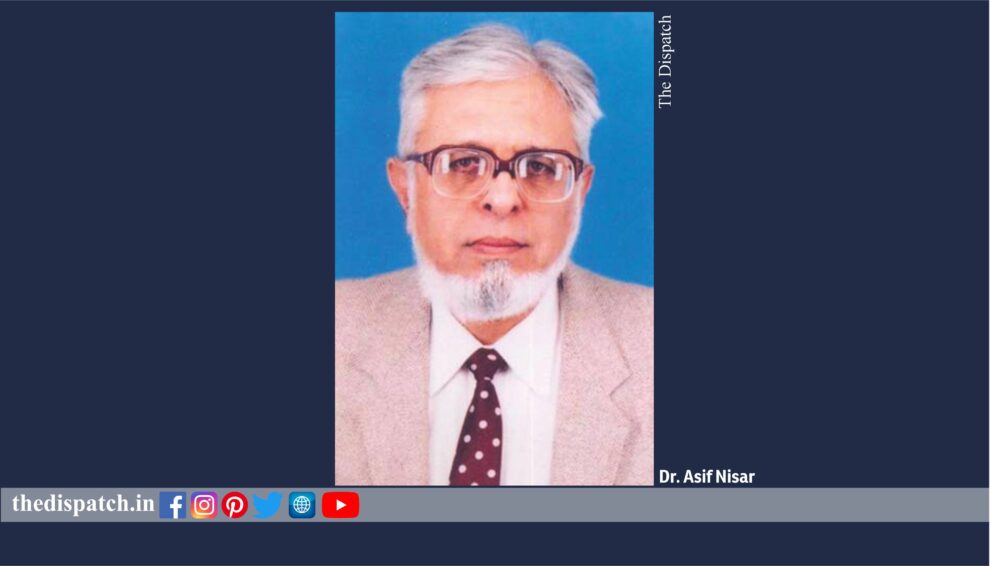 Tridivesh Singh Maini, Tahir Javed Malik & Ali Farooq Malik
Add Comment
The partition of undivided India into two states, India and Pakistan, in the year 1947 remains one of the greatest tragedies, not just for the two countries but the entire world. While the partition showed some of the worst sides of humanity but even in those dark days the human spirit of compassion remained resilient. Individuals reached out across cultural and religious boundaries to help those in need. Tridivesh Singh from India, and Tahir Malik and Ali Farooq Malik from Pakistan, came together to tell stories from both side of the divide which show us humanity’s triumph over our angry, violent inner nature. The Dispatch brings to you the select stories from the book ‘Humanity amidst Insanity’.

Dr Asif Nasir, 67, runs his own practice in Lahore. His father’s name was Rasheed Ahmad. His grandfather, Chaudhry Siraj-ud-Din was a well-respected and well-known personality of the Mozang area, a famous part of the city of Lahore – known for it’s harmonious co-existence between members of different faiths. His grandfather ran his own plant nursery which was established in 1905.

Talking about the peaceful co-existence between Muslims and non-Muslims in Mozang during the pre- 1947 days, Dr Asif says, “In 1947, during the time of Partition, I was, only 7 years old, living with my family and grand parents at Main Bazar Mozang (where the Muslims were in majority). But one Sikh muhalla (area or street) was also located there in the Mozang area, too. In that Muhalla there were approximately 15 to 20 houses of Sikhs living there since a long time. Before Partition, the Muslims and Sikhs lived peacefully in Lahore in general and Mozang in particular. I remember that as a child, before Partition, we never took them as outsiders. In Mozang, Sikhs and Muslims used to live amicably. There were several cloth shops of Sikhs in the Mozang market.”

But the gradual deterioration of the atmosphere was evident in changed interactions. Dr. Asif continues, “But after 14 August 1947 the situation began to deteriorate. Sikhs (who were in a minority in Mozang) and were living in our neighborhood began to worry about their own security and wellbeing. At that critical time some Sikhs who were living in our neighbourhood, met my grandfather and requested him to help and protect their lives. On humanitarian grounds my grandfather took 6 Sikh families at his house to save their lives. Where they stayed for 6 days, without any abuse or attack”.

Ishtiaq Ahmed, in one of his articles on Partition has given a very good example of how the situation deteriorated in the once peaceful Mozang. The incident took place on the 12th August 1947: ‘A hefty Sikh came riding a motorcycle down Temple Road. As he approached Chowk Bhoondpura, some local hoodlums prepared to attack him. Then noticing that he carried a gun, they quickly dispersed. Half an hour later, another Sikh, this time an aged, emaciated carpenter, came down the same route riding a ramshackle, old bicycle. Like most day workers he was carrying his afternoon meal wrapped in a cloth, called “potli” in Punjabi parlance tied to the handle of his bike. He seemed to be on his way to work as usual, oblivious of the political upheaval going on at that time. The same roughnecks pounced upon him. One of them stabbed him. He screamed and tried to run away. Seeing a tonga nearby, he tried to climb on to it. The tonga-driver kicked him and he fell to the ground. His assailants now caught up with him and dealt him some more blows. He died screaming for help and mercy.’

This article also makes the important point that many of these attacks in Mozang took place for two reasons. One, as a means of revenge against the killing of Muslims in East Punjab who were pouring in and telling them stories of the brutality of non-Muslims in East Punjab. Secondly, many Muslims feared that they may be driven out from Lahore.

In coat rast, how his grandfather rescued Sikh families and describing their final escape, Dr Asif remarks, “After staying for 6 days with my grandfather, the Sikh families decided to go to Amritsar. They shared their plan with my family and said that although they do not want to leave Lahore, the changed conditions are forcing them to leave in order to safe-guard their lives. So on one of the nights of August 1947, probably the 20th of August, all the Sikh families came out from the refuge in the security of their Muslim Neighbours. His grandfather gave burqas— normally worn by Muslim women as a veil or purdah (veils not only for Sikh ladies but also for Sikh men). So the Sikh ladies and men wore white (shuttlecock) veils.”

This episode once again represents a major irony that the burqa has been used as a means for Muslims to distinguish themselves from non-Muslims and vice-versa, but during a time of crisis it was used as a means to rescue innocents belonging to another faith.

Under the protection of these Muslim men, Sikh families were able to reach the Sikh and Hindu refugee camp in Lahore safely. And then they successfully reached their destination, Amritsar, without any further loss or injury.

Talking about the first post-Partition interaction with non-Muslim families, which happened because of a cricket match in Lahore in 1954, an episode which has been mentioned by many scholars and also talked about by those interviewed. “In 1954, a cricket test series between Pak and India was held in Pakistan. Many Indians visited Pakistan to watch this series. The same Sikh families who were living in our mohalla in Mozang, also came to Lahore. They came to their old mohalla and saw their homes where now many Muslims (who had migrated from Indian Punjab) were living. They were our guests for five days. After 7 years, some of the old residents of Mozang were able to re-visit their birth place and old homes where they lived for generations. They were also thankful to my family for saving them. They also brought gifts from India for all my family members”.

Ishtiaq Ahmed, an eyewitness to this event, says: I remember strangers were walking around in groups in our locality of Mozang, some standing in front of houses and shops. Some of them had beards and turbans but most looked like our own elders. Some of them were crying and our own elders, Chaudri Sahib and Mian Sahib and Shahji and Sheikh Sahib and so many others, would embrace them and also start crying.

Dr Asif makes another very interesting point about the painful departure of these families to their new homes, “I still remember their departure back to India with tears in their eyes. And it was the 2nd time they experienced the pain of leaving their own houses because of the Partition of India and Pakistan”.

Dr Asif also served in the Pakistan army during the wars of 1965 and 1971 as part of the medical wing. While he no longer resides in Mozang and has shifted to Gulberg, Dr Asif’s clinic is still in Mozang, where once upon a time, he used to live with Sikhs and non- Muslims. He has three children, two daughters and a son. 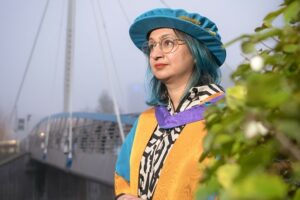 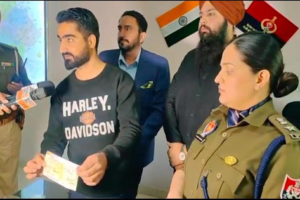