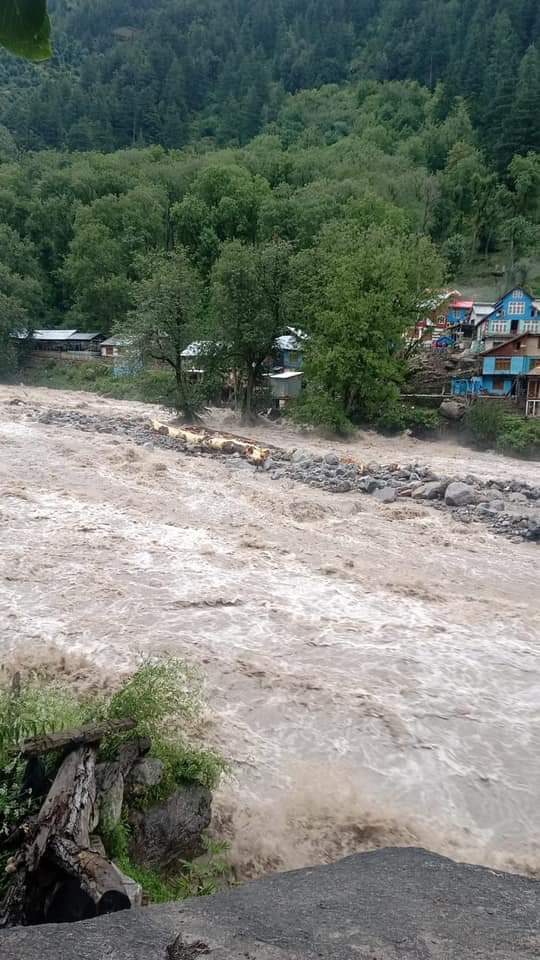 So far bodies of seven people have been recovered, while 17 persons were rescued in injured condition and five of them have been shifted to Kishtwar hospital, police said.

Sixteen persons are still said to be missing and operation to trace them has been halted due to heavy rain in the area, the officials said.

As scale of devastation due to cloud burst unravels, Police said that 21 residential houses were damaged, two of the partially, along with 21 cowsheds.

Earlier police had said that six houses and one Ration depot was damaged in the cloudburst which took place during the last night.
“Rescue operation halted right now due to heavy rain,” the police said in a tweet. (GNS)

No room for complacency in Covid fight, absolute case numbers still high: MHA to states
PDP foundation day: ‘Whatever was snatched in Aug 2019, will have to be returned with interests: Mehbooba Mufti
Comment