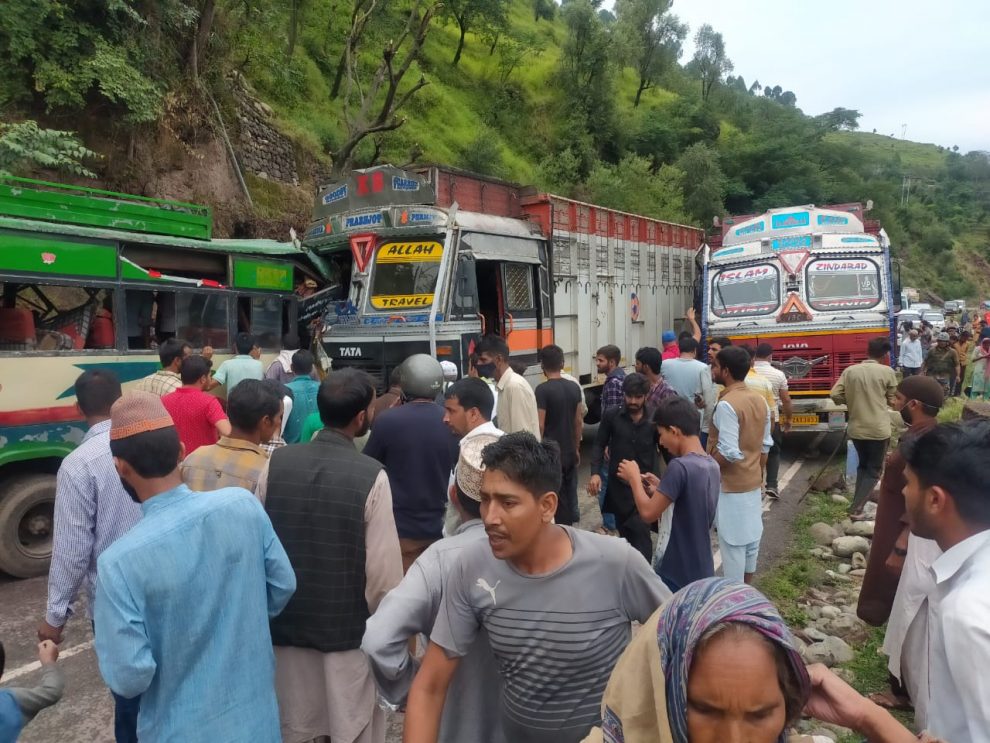 POONCH: Eighteen persons were injured, one of them seriously, in a collision between a truck and a mini-bus in Poonch district on Wednesday.

Official sources told that there was a collision between the truck (JK02AF-6083), on its way from Surankote towards Poonch, and the passenger mini-bus (JK12-0910), going in opposite direction, near Khanater, resulting injuries to 18 persons who were removed to Sub District Hospital Poonch. One of the seriously injured persons has shifted to GMC Jammu for specialized treatment, they said.

A police officer told that a case has been registered and further investigation taken up. (GNS)

Delhi HC to hear in Aug Mehbooba Mufti’s plea in PMLA case
Two of a family drown to death, two rescued, another missing in Drang
Comment