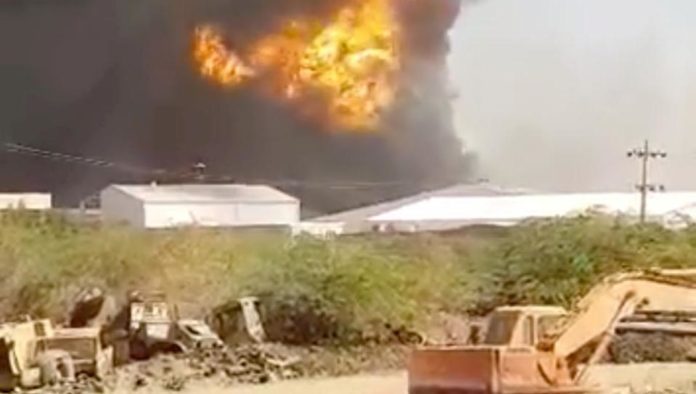 Khartoum: At least 18 Indians were among the 23 people killed and over 130 injured in a horrific LPG tanker blast at a ceramic factory in Sudan, the Indian mission said here on Wednesday.

Sixteen Indians were missing after the incident that happened at Seela Ceramic Factory in Bahri area in Khartoum on Tuesday.

“As per latest reports, but so far not confirmed officially, 18 are dead,” the Indian Embassy said in a release.

“Some of the missing may be in the list of dead which we are still to receive as identification is not possible because of the bodies being burnt,” it added.

The embassy on Wednesday issued a detailed list of Indians who were hospitalised, went missing or survived the tragedy.

As per its data, 7 people have been hospitalised, with four in critical condition.

Thirty four Indians who survived have been accommodated at the Saloomi Ceramics Factory residence.

An AFP report quoted the Sudanese government saying that 23 people were killed and more than 130 injured in the incident, which, according to preliminary reports, indicate that necessary safety equipment was missing at the site.

“There were also inflammable materials improperly stored, which led to the spread of the fire,” the government said, adding that an investigation has been launched.