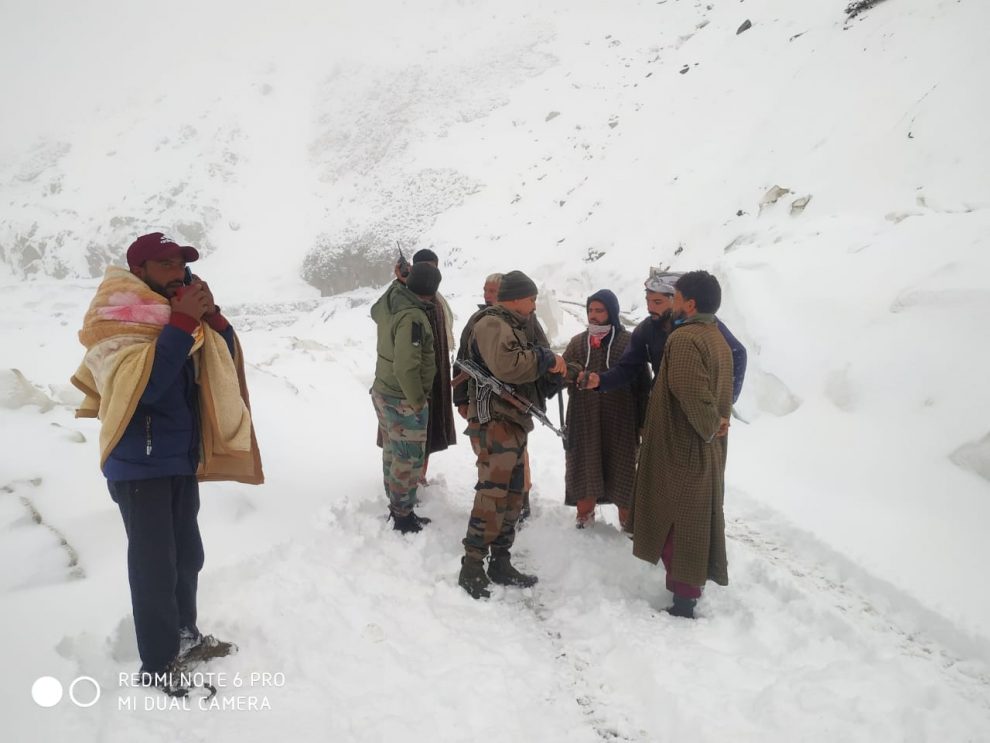 SRINAGAR: Army on Friday said to have rescued 16 people stranded in heavy snowfall at Sinthan Pass of Kishtwar district yesterday.

A statement issued reads that on 21 Apr 2022, at around 3 PM, information was received from the Civil administration about 16 civilians having stranded on NH 244 somewhere near Sinthan Pass amidst heavy snowfall.

“A rescue team of Army personnel from Sinthan Maidan moved to rescue the civilians. The team walked for around 15 KM on NH 244 during continuous snowfall and zero visibility conditions and reached the civilians near Sinthan pass at around 6:15 PM,” the statement added.

It said that the rescued people were brought down to Sinthan Maidan where they were provided with Medicine, Food, and Shelter.

The prompt action of troops of the Army in the rescue operation saved the precious lives, the statement added—(KNO)