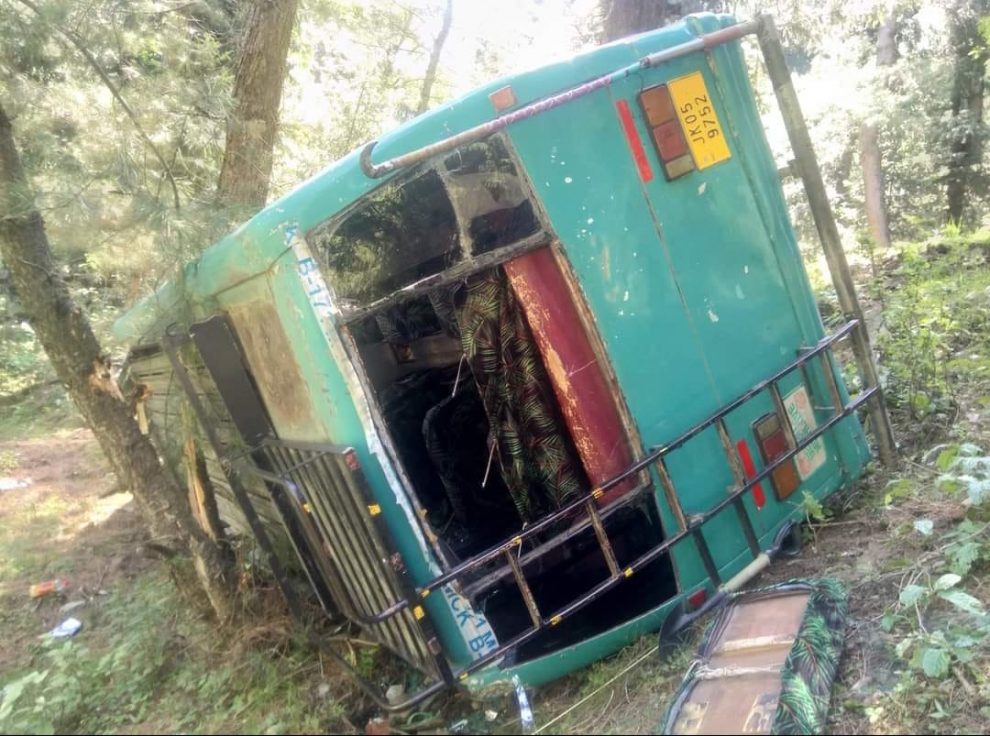 BARAMULLA: At least fifteen persons were injured when a bus they were travelling in turned turtle and rolled down into a gorge near Baba Reshi shrine in Baramulla district on Tuesday.

Official sources told that the bus (JK05-9752) met with an accident near the second mode at Sranzpora near Ziarat of Baba Reshi, a popular shrine of Baramula, situated near the Alpather Lake. The bus was on its way from Kichama to Baba Reshi shrine, they said.

A police officer told that fifteen persons were injured in the accident and removed to the nearby hospital. Emerging story More details awaited. (GNS)