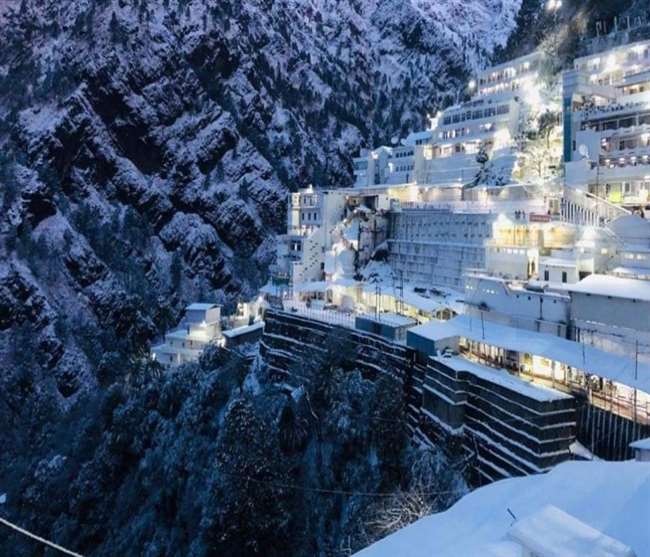 JAMMU: Amidst the COVID-19 threat, the pilgrimage to the world-famous Shri Mata Vaishno Devi Bhawan has started gaining momentum and in the first quarter of 2021, more than 13 lakh pilgrims paid obeisance at the Shrine situated in the Trikuta Hills of Katra town in Reasi district of Jammu and Kashmir.

“Despite Corona’s threat, enthusiasm of pilgrims remains intact and the Shrine Board has taken all measures for the safety of the devotees as per the SOPs and time to time guidelines issued by the Ministry of Home Affairs,” said an official.

The pilgrimage to the cave shrine was suspended on March 18 due to the closure of all religious places countrywide in view of the peak in the COVID pandemic and it resumed almost five months later on August 16, 2020.

However, around 70,074 more devotees reached Katra in the first three months of 2021 than in the previous year.

“Currently 15,000 to 19,000 thousand devotees daily are reaching base camp Katra to perform pilgrimage,” said an official adding that by forenoon on April 1, around 6,000 pilgrims had left for the Bhavan.

“Shrine Board has made adequate arrangements and provided all facilities for the pilgrims like helicopter service, battery cars and ropeway service to have smooth yatra,” they said adding that many devotees are also attending the morning-evening ‘aarti’.

Moreover, they said that SOPs like sanitisers, wearing masks, social distancing, are being religiously followed while the Shrine Board employees in assistance of police personnel, are taking special care of measures put in place.

“For devotees, Covid-19 tests are being done at the Katra Railway Station, at the entrance of Katra Helipad, Scenic Deodhi and New Tarakot Track,” they added.