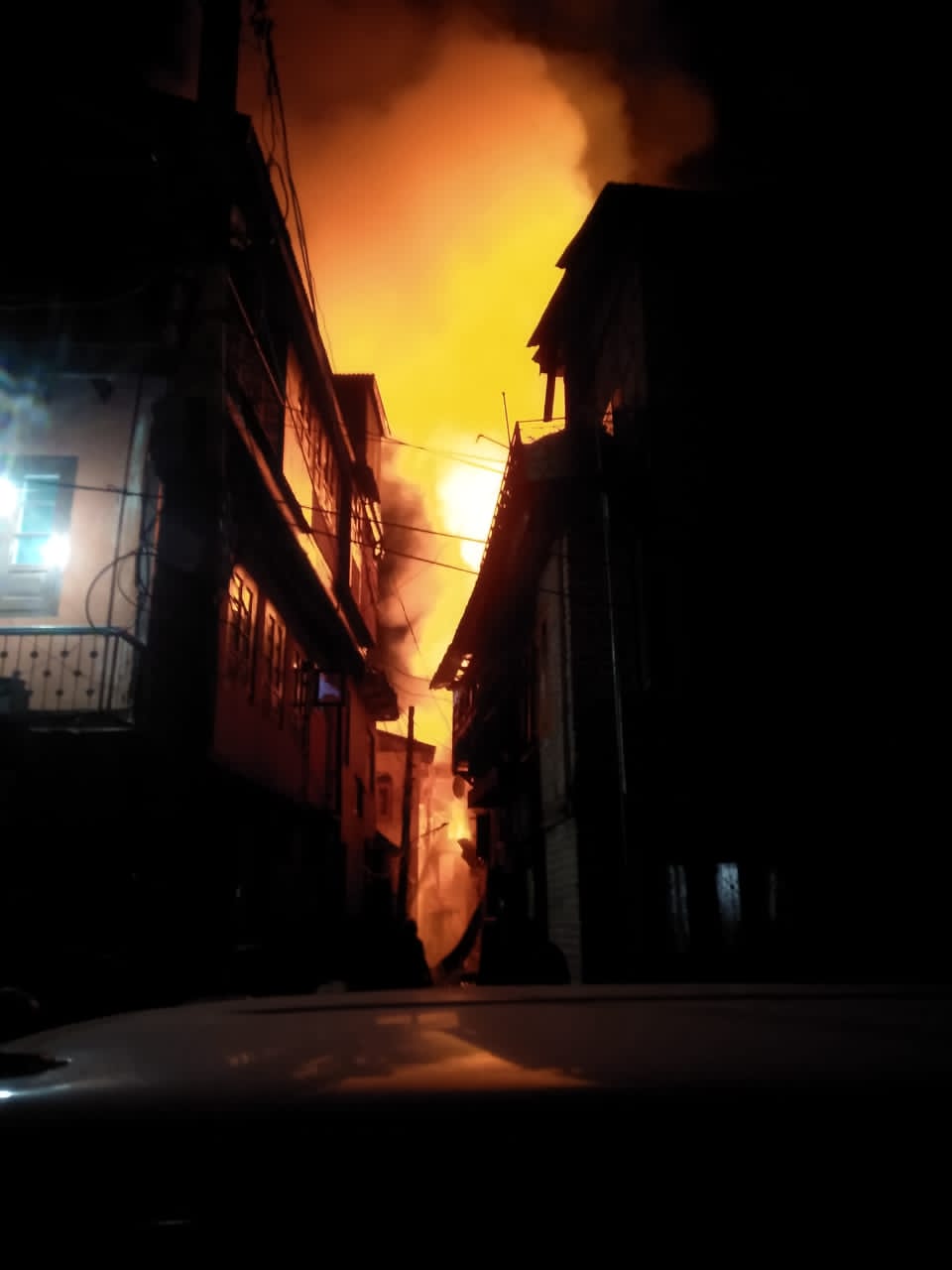 After immediate relief of Rs 10k, Rs 2.5 lakh to be provided to each affected family soon: DC Sgr

Srinagar, Mar 11: At least 13 families were rendered homeless on Thursday morning after a massive blaze turned six residential houses into ashes in the Nawa Bazar area of Srinagar.

A massive fire broke out in one of the residential houses in the Nawabazar area at 04:20 AM, officials told the news agency—adding that the fire tenders rushed to the spot immediately and doused the flames, but till then six residential houses were gutted completely.

Meanwhile, Deputy Commissioner (DC) Srinagar, Dr Shahid Iqbal Choudhary told that all the thirteen affected families were provided Rs ten thousand each today after a team of the administration visited the spot.