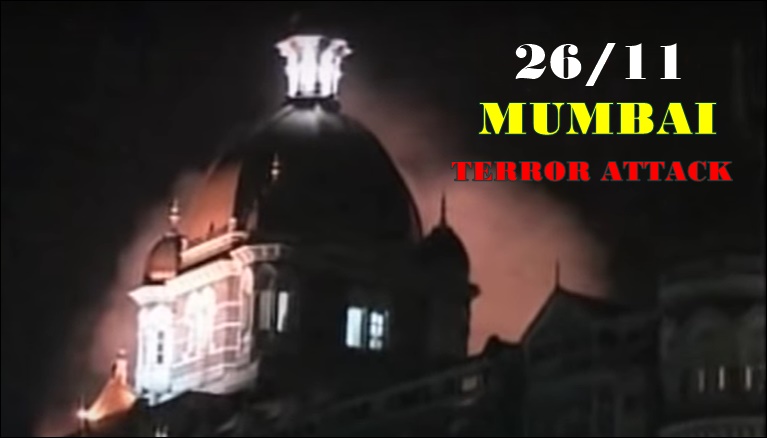 The twelfth anniversary of the 26/11 Mumbai terror attacks being observed today. The city police is organising an event to pay homage to the martyred security personnel, to be attended by only a limited number of people in view of the pandemic.

He said, exemplary valour and bravery of the officers and jawans was witnessed when they fought the terrorists. He said a brave policeman like Tukaram Ombale took bullets on his body but caught Ajmal Amir Kasab alive.
On the night of November 26, 2008, ten heavily armed Pakistan-based Lashkar-e-Taiba terrorists landed in Mumbai and went on a rampage. More than 160 people, including foreign nationals, were killed in the attack that lasted for four days. Ajmal Kasab, the only terrorist captured alive, was hanged four years later on November 21, 2012.

The 26/11 attack transformed India’s outlook towards national security and led to strengthening its maritime surveillance and inter-agency coordination and dissemination of information.

The 26/11 Mumbai terror attack left a massive scar on the psyche of the city. The ten Pakistani terrorists who came from the sea targeted the Chhatrapati Shivaji Terminus, Nariman House, Leopold cafe, Taj hotel and tower and the Oberoi Trident hotel. Kasab who was nabbed alive was later prosecuted and hanged till death in November 2012. The then ATS chief Hemant Karkare, Army Major Sandeep Unnikrishnan, Mumbai’s additional police commissioner Ashok Kamte and senior police inspector Vijay Salaskar were among those killed in the attack.

COVID-19 recovery rate in country reaches 93.66 pct
Coronavirus pandemic is no excuse for not getting enough exercise: WHO
Comment