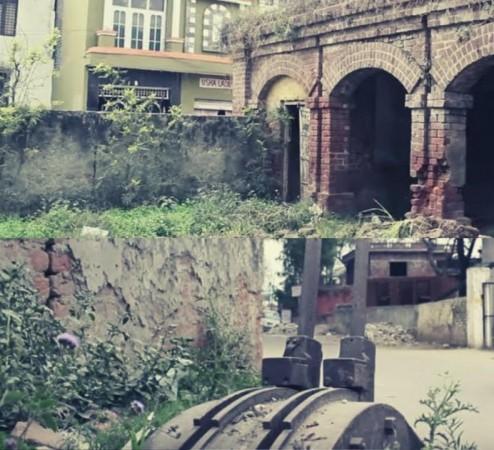 Jammu: The Bikram Chowk railway station is known as India’s oldest railway station. It was built in 1897 and was abandoned after partition. The section which connected to Sialkot in Pakistan was completely shut down after both countries extended their borders. The Jammu-Sialkot rail route was the only railway link that the erstwhile state of Jammu and Kashmir had back then.

Now we hear that the J&K government has decided to develop and preserve the 124-year-old pre-partition station as a heritage site.

Raghav Langer, Jammu’s Divisional Commissioner, had paid a visit to the railway station and identified several old landmarks that still remain at the site. He has issued instructions for starting the preliminary work towards the restoration plan. Once the railway station is refurbished it would add another dimension to heritage tourism in Jammu and Kashmir.

“Development of new attractions and up-gradation and improvement of the existing infrastructure for promotion of tourism is one of the priority sectors of the government,” said Langer. “Extraordinary efforts should be made for restoring the past the grandeur of the railway station.”

It will be something to Langer has directed the concerned offiicials to go through pictures of the historic railway station that are currently available to get an idea of how it used to look. Revenue officers have been directed to conduct demarcation exercises and submit complete reports along with land titles, survey numbers involved, and other revenue details. Langer has also directed concerned officers to take drone shots of the station and mark the buildings and the area which can be restored and renovated.

This will be yet another tourism project to look forward to in Jammu and Kashmir. The region will soon see the launch of the world’s highest railway bridge. Very soon, a train from Kanyakumari can reach all the way to Kashmir uninterrupted. That’s once the construction of the Chenab Bridge has been completed. In April, a half-a-kilometre long arch, the defining feature of the bridge was fitted. And it was no mean task. Completing the arch was the most difficult part of the Rs 1,400-crore project which has been one of the most challenging civil engineering projects in recent times.

Central review panel to address AIIMS Pulwama row
Hajj to be limited to 60,000 in SA
Comment