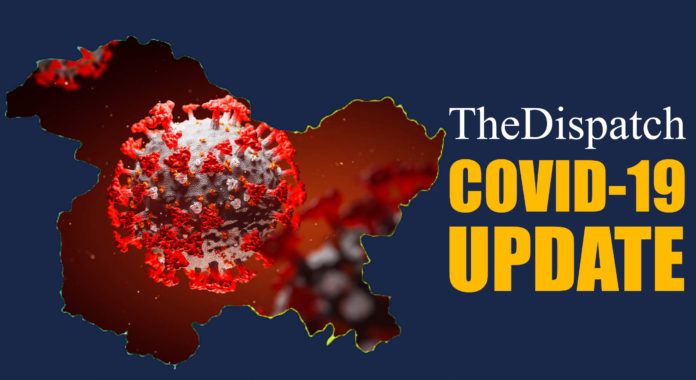 Srinagar, Aug 13: A 21-year-old man from Jammu and a 25-year-old woman from Anantnag, who had recently given birth to twin daughters, were twelve more covid-19 patients who lost the battle with the virus since overnight, taking the fatality count in Jammu and Kashmir to 512.

Among the fatalities, Srinagar reported three, Pulwama and Kupwara two each besides one each in Ganderbal, Budgam, Anantnag, Jammu and Poonch, official sources told GNS on Thursday.

They that a 21-year-old youth lost battle with the pestilence in a hospital in Jammu early morning.

A senior doctor at Government Medical College Jammu told GNS that the young man from Satwari area of the winter capital was admitted to the hospital on August 1 and was diagnosed with “Prolapsed Intervertebral Disc, severe anemia, paraparesis and right lower zone  CAP.”

The doctor said the man turned out to be positive for the novel coronavirus on August 3 and died at 8:10 a.m.

“The patient was shifted to isolation ward on being found positive,” the doctor added.

Also, they said, a 40-year-old man from Poonch who was referred from Batra to CD hospital died on the way.

A 25-year-old female from Bijbhera Anatnag died at CD hospital here, one of the exclusive facilities of the management of the covid-19 patients.

“She was referred to LD Hospital as case of pneumonia with Sepsis with AKI  after testing positive on Rapid Antigen Test on August 11 at LD Hospital where she had LSCS and had delivered twin daughters,” official sources told GNS. They she was on Ventilator and suddenly developed bradycardia followed by Cardiac arrest today at around 4:30 p.m., they said.

Regarding two deaths from Kupwara, they said, the victims include a 67-year-old from Kupwara who was admitted to hospital on August 10 and died today.

Also, a 90-year-old woman from Panzgam Kupwara having underling ailments such as “HTN, CKD and encephalopathy besides bilateral Community acquired pneumonia” died at SKIMS, six days after she was admitted to the tertiary care hospital.

The Srinagar fatalities, they said include a 65-year-old woman from Khaniyar who was suffering from hypertension, hypothyroidism, besides severe bilateral pneumonia, a 62-year-old woman from Eidgah and an elderly from Lal Bazar “who was a known case of hypertension” and died at around 7:30 a.m. today, nine days after being admitted to SKIMS.

A 45-year-old man from Shalabug Ganderbal who was admitted hospitalized on August also succumbed to the virus, they added.  With these deaths, officials said, 512 people have succumbed to the virus in Jammu and Kashmir so far—473 from the Valley and 39 from Jammu division. Srinagar district with 163 deaths tops the list followed by Baramulla (86), Budgam (38), Anantnag (36), Kulgam (31), Pulwama (35), Kupwara (32),  Shopian (24), Jammu (27), Bandipora (19), Ganderbal (11), two each in Rajouri, Doda and Udhampur besides one each in Ramban, Samba, Poonch, and Kathua.