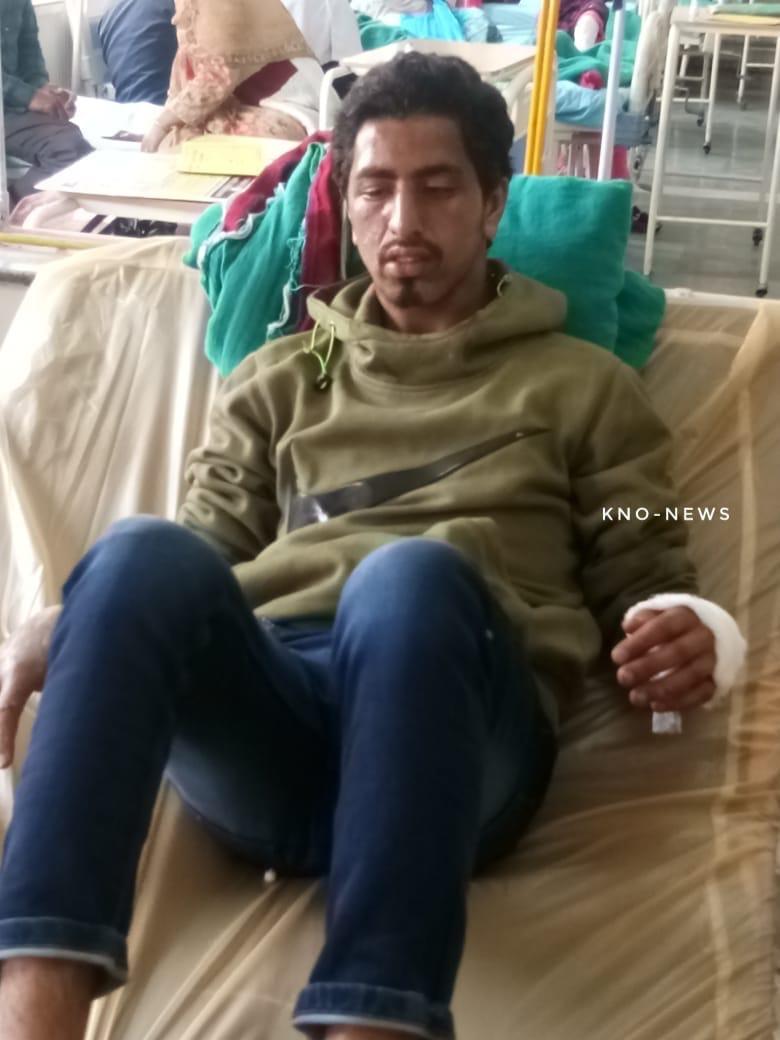 ‘Seven among them admitted at SMHS hospital’

Srinagar, Apr 06: At least eleven persons sustained injuries on Tuesday in Tarbal area of Nawa Kadal in Srinagar when they were engaged in dousing the flames that broke out in a residential house and damaged two structures in the area today.

Officials told the news agency—Kashmir News Observer (KNO) that 11 persons sustained injuries while seven among them have been hospitalized and four others have received first-aid.

Pertinently, the fire broke from the residential house of Mehraj-ud-din Mattu, which later engulfed another nearby structure, which belonged to Showkat Ahmad. The two structures were damaged partially in the blaze.

Soon after the fire broke out, the locals made efforts and doused the flames in a shortest possible time and prevented the fire from spreading further in the locality.

During the firefighting operation, 11 persons have sustained injuries while seven among them are undergoing treatment at SMHS hospital.