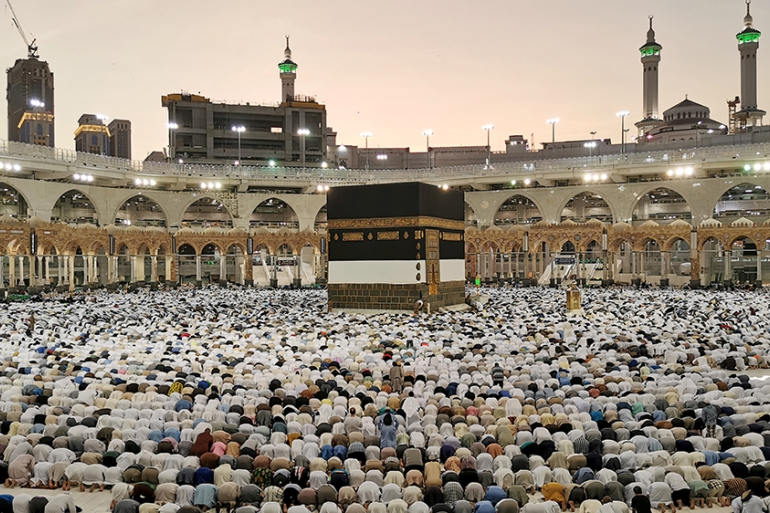 SRINAGAR: At least 11,000 pilgrims from Jammu and Kashmir and Ladakh have registered for the Hajj in the ensuing year scheduled to begin from May month while the registration for the last date was today.

Given the 1st and 2nd wave of the deadly COVID-19 infection across the globe, the Kingdom of Saudi Arabia in the last two consecutive years barred overseas Hajj pilgrims.

Both Prime Minister Narendra Modi and Union Minister Mukhtar Abbas Naqvi had welcomed the decision of the Saudi government saying that all arrangements for the Hajj were made while they waited for their decision and the central government welcomed the call amid a rise in COVID cases.

After the nod from Saudi Arabia regarding the Hajj 2022 in the ensuing year with a decline in infection cases across the globe, the process for registration started in both Ladakh and Jammu and Kashmir Union Territories back in November last year.

Hajj Officer of Jammu and Kashmir Abdul Salam Mir said that in both J&K and Ladakh a total of 11,000 pilgrims have registered themselves for the Hajj this year.

He said that more pilgrims between 200 to 300 in number are in pipelines and hopefully they all will be included.

He said that so far no pooling of the number of the pilgrims who will leave for Hajj has not been shortlisted and it will be done most probably in the next 10 to 20 days.

About the fresh guidelines, he said that no new guidelines have been received as of now from the Saudi government.

Mir said that as of now it has not been decided that the last date of submission of forms/ registration will be extended or not but as of now those around 300 pilgrims are in the pipeline.

“In case the competent authority takes a call to extend the date of registration by some more days it will be announced for the good of all,” the Hajj officer said. Earlier, the Hajj officer informed that separate guidelines for Hajj this year will be issued once the Saudi government releases them given the Omicron variant infection threat.

The Hajj officer had said that all the pilgrims mandatorily must be vaccinated and before leaving for Hajj here they will undergo COVID-19 testing.

“Two vaccines of India including Covishield and Covaxin as approved by the World Health Organisation (WHO) are the acceptable vaccines for Hajj this year,” the Hajj officer had said.

“We don’t accept the registration forms of pilgrims who are not vaccinated. It’s mandatory and a priority in the ongoing situation,” he said.

Regarding the Hajj guidelines, he had informed that during Hajj the Standard Operating Procedure (SOP’s) issued by the Saudi Arabia government will be exercised and as of now the native SOP’s are in place including the online registration process given the Omicron variant.

He also informed that in the year 2019, around 17,000 pilgrims had registered for Hajj.

Compared to the figures in the ensuing year the number of pilgrims has come down given the infection scare across the globe and Jammu and Kashmir and Ladakh.