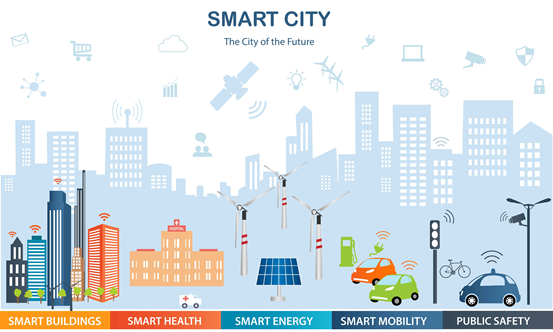 The New Year, it is hoped, shall see operational ‘smart cities’ at least by December-end as envisaged by the NDA government. The growth of cities has been a unique phenomenon in the country. According to the United Nations, India is expected to add 404 million people between 2004 and 2050. Experts believe that it is virtually impossible for any country to create the necessary level of infrastructure services as also education, health care, security facilities etc. In such a scenario, the Prime Minister had aptly outlined his vision in 2016 for creating 100 ‘Smart Cities’, realising the need for developing infrastructure in tune with international standards, most of which will become operational by end 2021 or 2022.

Keeping in view the fact that Indian level of urbanisation will reach 50 per cent by 2039 and an estimated $1.2 trillion will have to be spent in urban areas over the next two decades, the country needs a national urbanisation plan. As of this, the government decided that some of the existing cities would be upgraded. US President Trump had on his last visit to India agreed to develop three smart cities which include Allahabad, Ajmer and Visakhapatnam after which the Germans have also signed up to develop three more.

While there are many dimensions to such a developed city, what is essentially meant is that these centres should provide a better quality of life. Whether a new city is built or extends and develops the existing ones – the second option being most judicious – it needs a model that is faster, better and cheaper. Smart cities herald a new age where information technology in addition to roads, electricity and transport facilities are unique. In fact, the digital infrastructure should be in place from the use of sensors to smart grids and data and analytics to meet problems and citizens demands effectively and reliably.

A report by McKinsey Global Institute (MGI) pointed out that with proper planning Indian cities could produce 70 per cent of the GDP and drive a near-fourfold increase in per capita income across the nation by 2030. The surge in growth is expected to bring about employment opportunities to the educated class in cities.

One may mention here that most cities and towns have grown haphazardly post independence. Behind the sheen and flitter of the so-called manhattans lies bad planning. Moreover, most metros are full of slums, squatter settlements, and railway colonies not to speak of a large population of pavement dwellers. Perhaps the last big planned city, which came up in the country, was Chandigarh.

Though the government had launched the Jawaharlal Nehru National Urban Renewal Mission (JNNURM) and allocated funds for development of services of smart cities, the resources needed at this juncture have been far less than what has been made available. Thus, city development would require huge funds, which obviously has to be garnered through public-private partnership (PPP) to build and operate both physical and digital infrastructure.

Apart from this, there is the problem of distorted and shrinking land markets, which have stymied orderly urbanisation. India was always been land scarce compared to most countries and by 2050, its land to population ratio would decline four-fold, making it the one of the most land scarce nations in the world. Changes and modification in old laws are absolutely necessary without which little will happen. It is imperative to free up land for urban development and housing that have been locked due to outdated laws.

In 2013, the UPA government passed a bill to protect weak landowners against rapacious private sector land acquirers. However, the Delhi Development Authority (DDA) and CIDCO acquired land from farmers at relatively cheap prices and sold the same at exorbitant prices. Land is needed in every metro or big city for housing needs of economically weaker sections and the middle class – both upper and lower.

Apart from additional housing requirement, there is also the problem of shelter upgradation. In Mumbai 55 per cent of the people live in slums on 35 km. of land while around 25 per cent reside in old and dilapidated buildings. As such, around 80 per cent of the population needs to be re-housed, which may take a decade to accomplish the task. The problems in Delhi and Chennai are equally critical.

As is generally agreed, housing would have a multiplier effect as such construction activity generates employment for both skilled and unskilled persons. Moreover, housing has backward and forward linkages with many other industries. Apart from housing, demand of land for commercial and industrial hubs would increase significantly.

However, questions arise that if essential services are developed by the PPP model, how will the parties recover the amount. It is significant to mention here that keeping in view the need for cities to generate more revenue, the State and municipal representatives suggested, at a recent meeting, that adoption of certain measures. These include land monetisation, increased floor area ratio (FAR), norms with transparency in policies, progress in e-governance and online service delivery apart from GIS-based master plans for sanitation, land use and digital connectivity. It was also suggested at the meeting to have fixed tenures for mayors, municipal commissioners, and minimum educational qualification for municipal councillors to ensure that the development process is geared in the right direction.

There has to be sustained efforts to improve all-round functioning of municipal bodies so as to face the challenges of population pressure and a severe constraint on their rather limited resources. It cannot be denied that some improvements have already taken place in the performance of most ULBs in the last decade through PPP participation and also through innovation and adoption of modern technology to carry out their key functions. Budgeting and accounting systems have become modernised leading to reduction of costs and better service delivery.

However, in the coming years there is need for further improvement, specially in greater use of IT in official functioning, relocation of hawkers from strategic points and business areas, upgrading shelter requirements in slums and the unauthorised colonies and improving their environmental conditions, including setting up sanitary toilets, cleanliness of raids and pavements etc.

Though one need not be too optimistic, one can expect that the thrust on city development given by the Modi government would augur well in the coming years. In the current Budget, only Rs 6000 crores have been allocated against Rs 7060 crores given in the earlier Budget in July.  Apparently, no funds have yet been spent because the smart cities were not identified. There are expectations that most of the required investment under the smart city scheme would come from the private sector under the PPP mode. Experts, however, believe that more investment by the Centre would have attracted funds from the private sector and international agencies.

However, the Central government expects it would be able to achieve some, if not all, of the following outcomes: Establishment and operational of a city-wide framework for planning and governance; access of all urban residents to a basic level of urban services; establishment of financially self-sustaining agencies for urban governance and service delivery through necessary reforms to major revenue instruments;  conduct of local services and governance  in a manner that is transparent and accountable to citizens; and introduction of e-governance applications in all functions of municipal corporations and ULBs, resulting in reduced cost and time of service and delivery processes. While figures of how many of the ‘100 smart cities’ have become operational is worth a watch, the question will linger whether Modi’s vision will be achieved before or at least by the time envisaged. As it is focus seems to have shifted to the controversial dream project of the Central Vista. Surely, priorities need to be put right and at the start of this New Year.