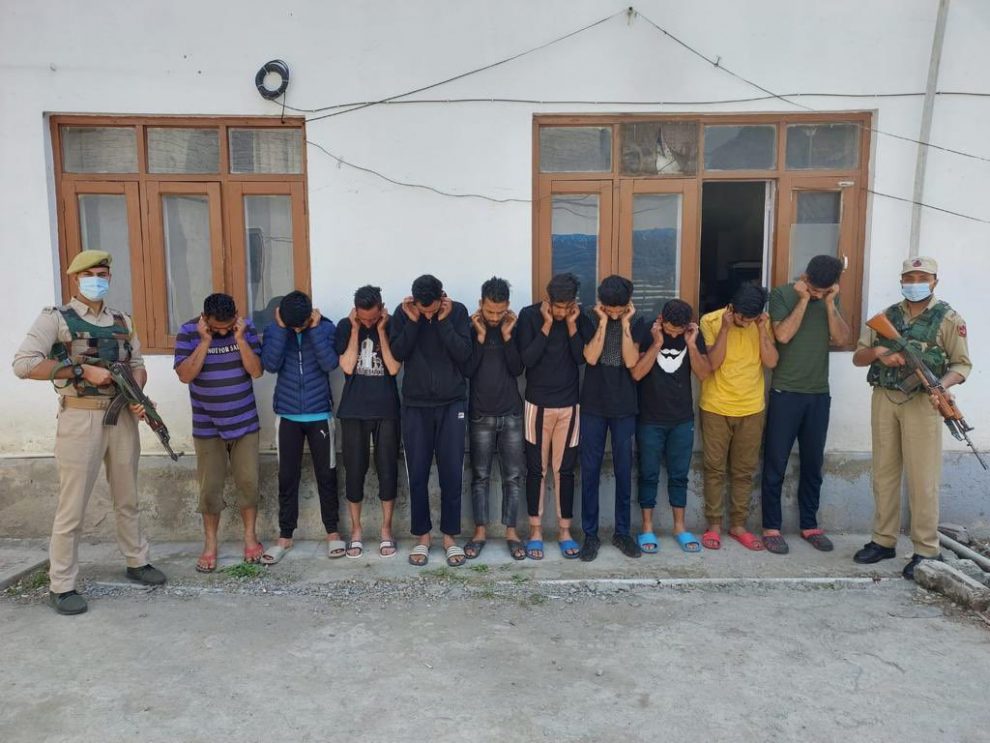 SRINAGAR: Police on Thrusday said that it has arrested 10 people for raising Anti-national sloganeering hooliganism outside Yasin Malik’s house yesterday in Maisuma Srinagar.

In a statement issued, the police said that today Srinagar Police arrested ten (10) accused so far, who were involved in hooliganism and stone-pelting outside home of Yasin Malik in Maisuma area of Srinagar before his sentence.

The statement further stated that midnight Raids were conducted at many places that led to their arrest. Main accused has also been arrested.

In this regards FIR no 10/ 2022 under section 13 of Unlawful Activities Prevention Act, under sections 120B,147,148,149, 336 of IPC read with sec 34 of IPC stands registered in Maisuma Police station. Some more accused are being identified and will be arrested soon, they said.

Main instigators of this will also be booked under PSA and will be lodged in jails outside J&K, they said.

Lastly, youths of Srinagar are again requested not to indulge in such activities which have potential of destroying their careers and disrupting families, reads the statement.(GNS)